Keramoti is a beautiful resort in the Kavala Region, East Macedonia & Thrace, Greece. Originated as a small fisherman’s village of Greek immigrants from Asia Minor, today Keramoti is a picturesque little sea resort with a sandy beach, several small hotels, and a lot of vacation rentals. (source: Wikipedia )

Keramoti lies on the promontory of Nestos Delta, Southeast of Kavala, South of Xanthi, and only 6 miles from the green island of Thassos. Belongs to the community of the Nestos in which capital is Chrysoupoli, 10kms from Keramoti. Chrysoupoli has its own airport “Alexander the Great”.

The beach of Keramoti is among the best in Greece and offers a wide range of amenities of a seaside resort. A sandy beach with 14kms length, only 200m from the hotel.

What to See and Do

As visitors in Keramoti you have the opportunity to indulge in the endless sandy beach of Ammoglossa and to dive into it’s crystal clear waters of the Aegean sea. Enjoy a cocktail in some the most popular and vibrant beach bars of the area and if lucky, attend one of many events organized every summer by local artists. Being a small fishing village you will find delight in the traditional Greek taverns offering local delicacies and serving fresh seafood at the beach. At the end of the day the magnificent sunset can be seen from every corner and does not fail to surprise!

In close proximity to Keramoti, there are numerous activities, sights, and landscapes that will satisfy all preferences. From rafting, canoeing, and horse riding at the Nestos river to day trips to Kavala or Thasos island where scuba diving is breathtaking. Nature lovers and hikers will be amazed by the Lekani mountain and its astonishing vegetation. Our team will be more than happy to organize your tailored excursion. Just let us know!

Daily excursions to short distances near Keramoti for hiking and mountaineering,

Experience the Mediterranean and seafood cuisine of local taverns 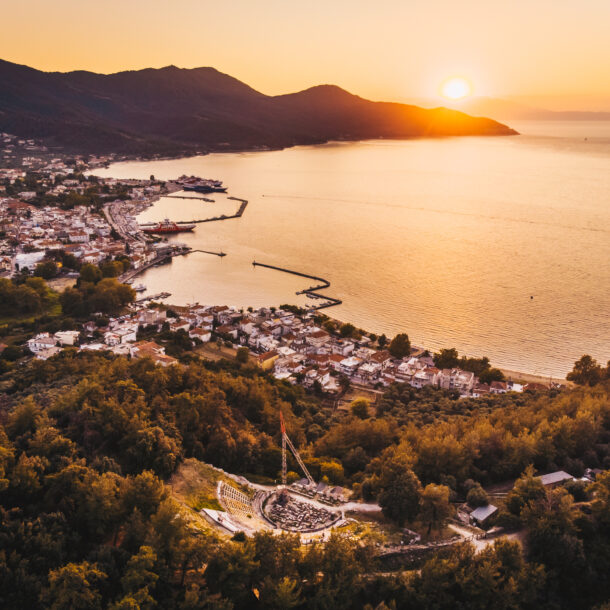 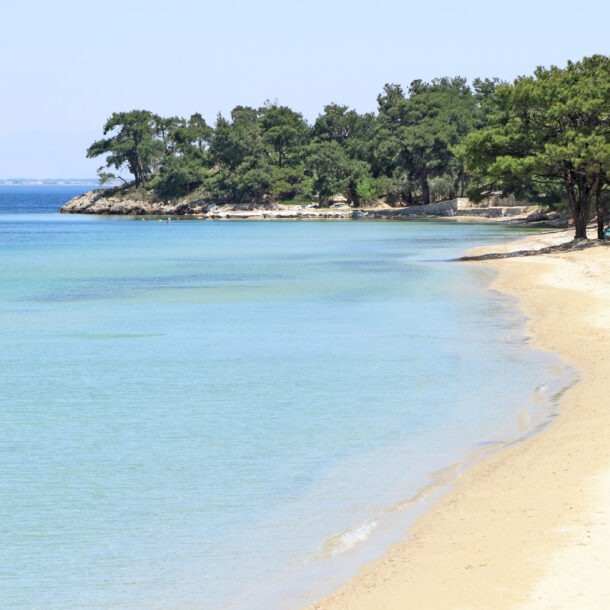 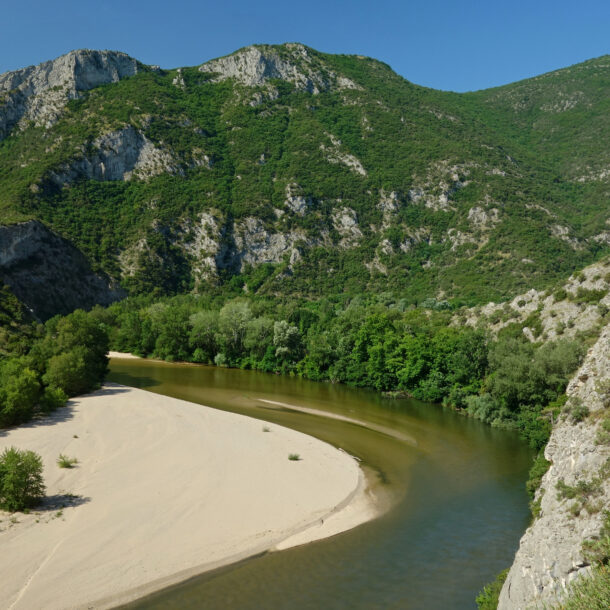 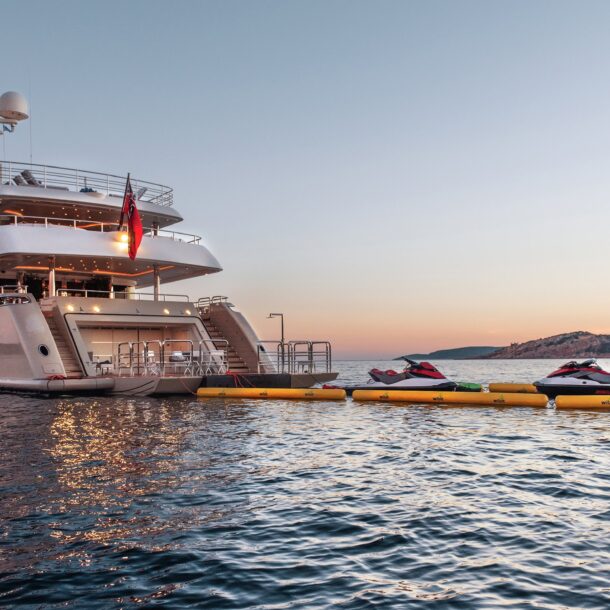 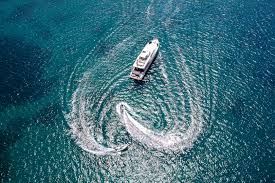 could be of interest to you 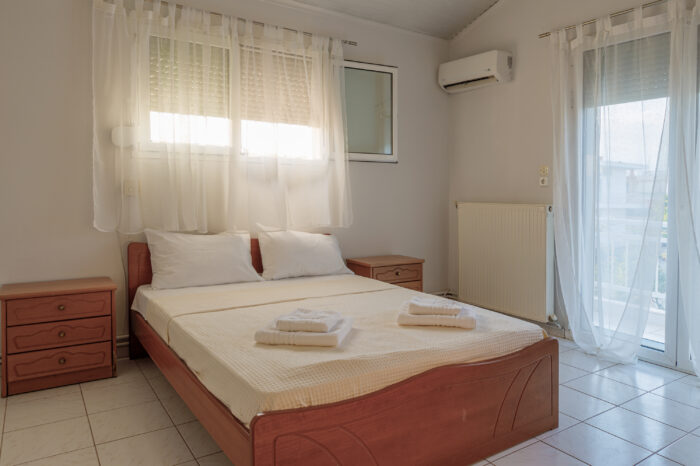 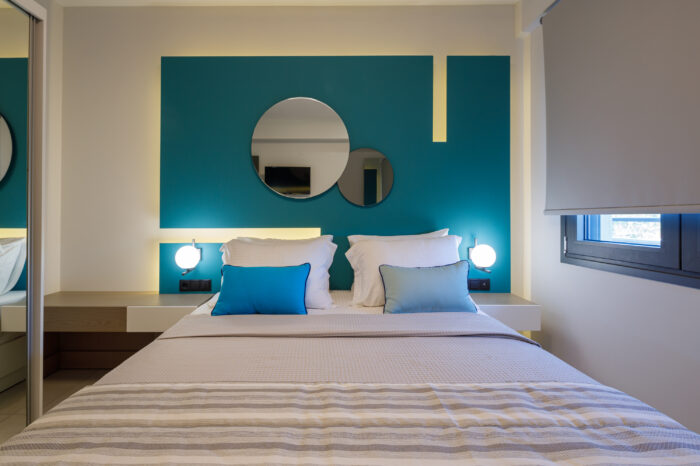 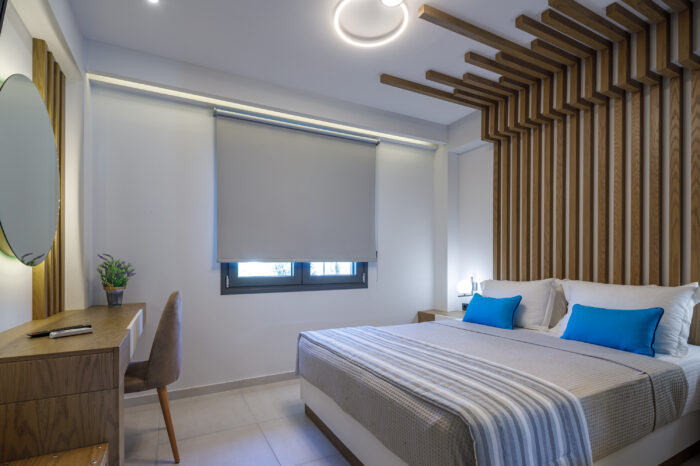 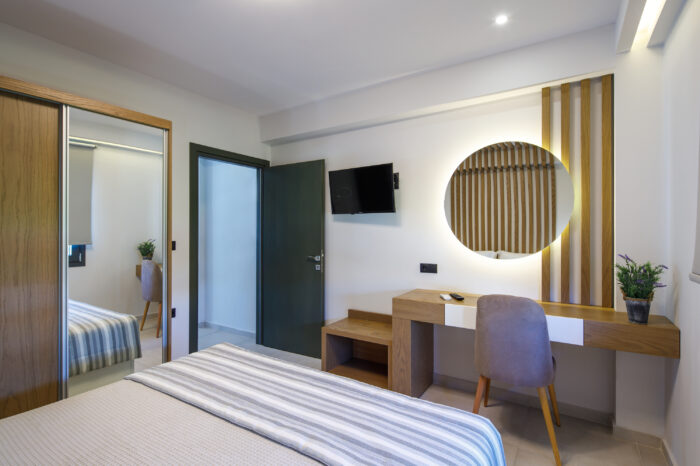 All accommodation types have a minimum stay of 3 nights 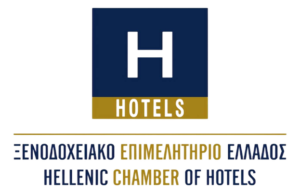